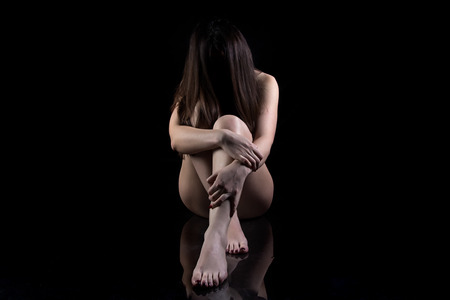 7 Reasons Why Coaching Might Make You Nervous: #2. You’re Afraid of What Will Be Revealed in Coaching

Here are the posts so far:

Reason #7: You don’t really know what coaching is.

Reason #6: You’re not sure you need coaching.

Reason #5: You’ve had coaching before, and it was a disaster.

Reason #4: You’re worried you won’t be a good coaching client.

Reason #3: You’re not sure you’re ready to dive deep with a coach.

Reason #2: You’re afraid of what will be revealed in coaching.

It’s not uncommon for people to be concerned about what will be revealed in coaching. When you embark upon a coaching relationship, you’re basically agreeing to open up your heart and mind and share things you may not have shared with anyone before. My clients frequently say things like, “I can’t believe I’m telling you this,” and, “I’ve never told anyone this,” or “I’ve never said this out loud.” The fact is, coaching is an in-depth, profound relationship where, to make progress and break through the barriers holding you back, you really do have to share a lot of yourself. But before you let that freak you out, read on.

It can be unnerving to think about sharing so much information with another person. I blame something called “impression management.”

Impression management is a term I learned back in grad school, while studying social psychology. Impression management is the way in which each of us, either unconsciously or consciously, try to influence the way others see us. You can easily see impression management at work in social media, where we crop and edit photos for the best possible impact and share information strategically, so that we appear in our very best light, in the most favorable way. Some studies now indicate that social media actually makes us sad because we tend to compare our realities to other people’s “highlight reels” (because we forget that they’re highlight reels, and compare our reality to what we perceive as other people’s realities).

The point is, we’re not too keen on sharing the parts of ourselves that we tend to keep hidden, because sharing that information means revealing the truth about ourselves – that none of us is exactly how we present ourselves to the world.

Here’s the good news: coaching is confidential. It’s in our contract (note that I can’t speak for other coaches’ contracts and you should check carefully before working with anyone, if confidentiality is important to you). The only times when confidentiality may be waived is if I believe you are going to commit a crime, harm yourself, or harm someone else, or if I am compelled to reveal details by subpoena or law. In most cases, I don’t even reveal that you are a coaching client.

Coaching Is A Judgement-Free Zone

While it can be intimidating to share deeply personal things with another human being, you’ll only do so at your own pace. And coaching is a judgement-free zone, where you can share to your heart’s content and never worry that your coach will judge you.

Often it’s not so much the “judging” part that’s bothersome, but the part about being judged and being found lacking that people fear, meaning that maybe your coach will hear your truth and think, “She actually is a fraud,” or “I don’t think highly of her at all, now that I know this information.” But remember that your coach has likely heard it all before – after sixteen years, it’s unusual for a client to surprise me. It happens now and then, but it’s rare. And more importantly, your coach isn’t there to think about that stuff – your coach is there to help you stop worrying about that stuff.

The Truth Usually Wins Out Anyway

So…all that stuff you think you’re hiding right now? A lot of it already shows through. Oops! Of course, everyone won’t be sensitive or aware enough to see it all, but we aren’t nearly as good at hiding things as we think we are. Here’s the best news, though: chances are, within a few minutes of us starting our conversation, I’ll have a pretty good idea of what your issues may be and what we’ll be working on. So by the time you’re ready start sharing your deep stuff, you’re probably not sharing much I don’t already know or expect.

We all tell ourselves certain stories – about ourselves, about the world around us, about why we haven’t achieved certain things, about how the world works, and about other people. Everyone has stories about why our relationships aren’t working, why our employees aren’t performing, why we didn’t get that promotion.

Deep down, you know that some of those stories that you’re telling yourself aren’t true, but you may not be ready to acknowledge it, or you might not be able to replace the untrue stories with a more authentic narrative. It can be disconcerting to face all the things you’ve been telling yourself for all these years, and realize, “I’ve been holding myself back with the stories I’ve been telling myself about these things,” but that’s why doing this work with a good coach can help you to not only feel safer as you go through the process of replacing the old stories with new, healthier ones, but also to do it in a way that minimizes the stress of the transition. Just having an ally in the process makes a huge difference, but your coach also should have a number of strategies in her toolbox that can help ease the process.

Tomorrow, in the last post in this series, I’ll be covering the #2 Reason that Coaching Might Make You Nervous: You’re afraid that coaching will change you.