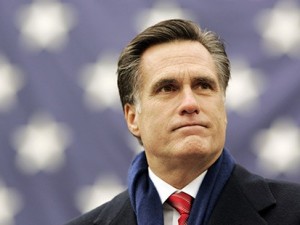 What Mitt Romney Is Teaching Us About Business and Personal Branding…Really.

I try to keep my personal politics and my faith out of my business. I think these topics are just too… personal, so more often than not, unless there’s something that I simply can’t help speaking out about, you won’t find me talking politics or religion. Make no mistake about it, I love politics. I find it fascinating…but this post is not about politics.

This past Sunday, while watching political commentary, I had a realization: Mitt Romney is teaching us a heck of a lot about business and personal branding right now. In fact, every entrepreneur and small business owner should be watching this guy and looking at exactly what happens when you can’t connect to your target market.

Again, this isn’t about politics. This is about what happens when you, as an entrepreneur, miss the mark with your target audience- when you speak to them in a language they can’t connect with, when they can’t see any way that you can possibly relate to them and their problems, and when, ultimately, you fundamentally fail to help them to build that all-important “KLT Factor.”

Now, starting with the “K” in the KLT Factor, it’s fundamentally important that your audience knows you. How do you let them know you? By sharing, wisely and strategically, parts of your life and yourself in an authentic way. And as you share more and more with your audience, they develop a mental picture of who you are, a picture that they add detail and color to, the more they get to know you.

Politicians, as a rule, are fairly scripted and calculating about trying to create a picture of who they are for the voters. And while they’re creating these images, their opponents create alternative pictures. Getting to know any candidate in an authentic way is increasingly difficult. Some politicians are able to appear less scripted and more authentic, but as most analysts agree, this is an advantage that Mitt Romney doesn’t really have. And as it’s become more and more apparent, Republicans are increasingly concerned that Romney doesn’t appear to be connecting with the people or letting them in so they can get to know him.

Mitt Romney fails to connect with his audience in large part because his net worth has afforded him a certain lifestyle that makes his life experience vastly different from the majority of voting Americans. As a result, few people are likely to look at Mitt Romney and say, “I’m like that guy.” And since much of his wealth was inherited, and Americans generally dislike those they think received their wealth without putting any hard work into it, it’s also unlikely that most people will think, “I want to be like that guy,” when they look at Mitt.

That leaves us with “I want to hang out with that guy” as the only reasonable alternative for Mitt Romney to build the “L” part of his KLT Factor, getting people to like him. One thing that George W. Bush did pretty well was that he seemed like a guy you could go have a beer with. Even if you hated his politics, “W” seemed like he had a sense of humor and like he’d be a little goofy if you were just hanging out with him, shooting the breeze.

Now ask yourself…can you imaging hanging out with Mitt Romney? Or do you get the vibe that he’d be pretty stuffy, perched uncomfortably on his barstool, adjusting his tie, politely waiting for you to finish your beer while he eyed his mug suspiciously, worrying that the glass wasn’t clean?

Finally, how about the “T” in the KLT Factor? Do people trust Mitt Romney? Probably not, now that he’s been portrayed as a “flip flopper” on the major issues.

So, unless I’m misreading virtually everything that’s being said about Mitt Romney, from both the left and the right, his chief failure is to connect and relate to his target market…the one thing every entrepreneur should know is at the very heart of the success of any business.

Lest you think I’m showing my political colors here, let’s look at a brand that handles the KLT Factor brilliantly, Nike.

Do you know what Nike stands for? You sure do. It’s in every single ad and every single commercial. You see those driven, intense, sweaty athletes and you know exactly who those people are.

That is what we want to create as entrepreneurs. That’s the kind of connection we want our audiences to feel to our brand, to our products, to us. That’s what draws more people in, makes them want to know more, makes them choose us, choose to buy our products and become our brand ambassadors. It’s always about the connection and the engagement.

Granted, a brand like Nike isn’t exactly the same as the brand of a politician, but they’re not as different as you’d think. And thus far, politics aside, Mitt Romney is giving us a great example to learn from…of exactly how not to build a brand.