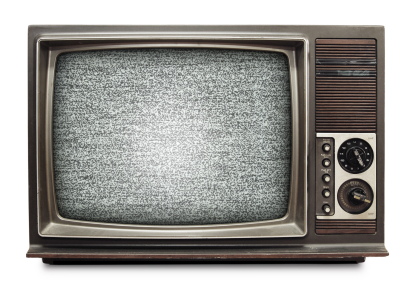 Want More Time and Freedom in Your Life? Cut the Cord. Here’s How We Did It.

Time. It’s a precious commodity that we never seem to have enough of. It’s the one thing that we all wish we had more of, but can’t create…or can we? Today I’m going to show you how to create time with a single choice—cord-cutting. 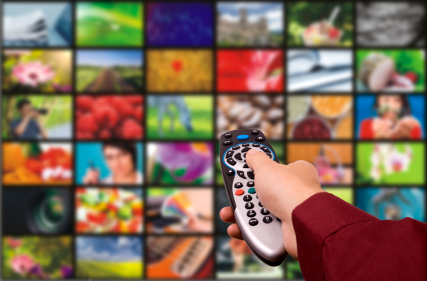 Come on, who needs that many channels? Not you. Because you KNOW you just said, “There’s nothing on!” last weekend. Didn’t you? It’s okay. You can admit it. It’s just us here.

Treat vs. Way of Life

Here’s what I know: I know that most of you are old enough to remember what life was like before there were eight million channels to choose from. Why do I know that? Because I study my readers and I know who you are. So I know that you remember when TV didn’t rule your life.

Remember when there were just four channels? It was NBC, CBS, ABC, and PBS. Then Fox showed up. And then cable. Slowly, a thing that used to be a treat became a way of life. And then it became an addiction.

Our Moment of Realization

I’ll admit it: I take advantage of the silly games that big companies play. In particular, cable companies do the strangest things: they upsell you on a better product for less money, in the hopes that you won’t remember when the deal runs out and you’ll keep paying the higher price without even knowing it. Those kinds of deals are my favorites, because I simply put a note on my calendar five days before the deal expires so I can go back to whatever I had before. Well, this time, when I called in to cancel our movie package deal—which, frankly, we weren’t even watching—they offered me more channels for less money and a new movie package.

That night, as we surfed through the sea of channels, still not finding anything to watch, I realized that this time, I just didn’t want all those channels. So the next morning I called my cable provider and asked them to drop us down to fewer channels. Boy, did they fight me on that one. They simply couldn’t understand why I wouldn’t want to watch that much TV.

It was as simple as that. With that one decision, we were suddenly free. Not only were we about to get our lives back, but just think about what we could do with the money we wouldn’t be spending on cable!

That moment began our odyssey into cutting the cord. We started by establishing which shows we didn’t want to miss. I installed the iPad apps for the networks that air those shows. Virtually all of the major networks broadcast shows online the next day. Fox is the only one we can’t get on the iPad- we have to use my Macbook Pro to get Fox, and their shows air a week late online for people who aren’t cable subscribers. We bought an Apple TV for $99 so we can display whatever’s on my laptop or iPad on our TV and we subscribe to Netflix for movies and streaming shows. That’s enough for us. (Incidentally we tried an antennae to pick up local channels, but that was pretty much a bust and we didn’t care enough to pursue it further—we rarely watch live TV anyway.)

And we’re not alone. According to Gigacom, the number of cord-cutters is rapidly rising, to the tune of an estimated over 4 million by the end of 2013.

We care a lot less about the shows that we used to be addicted to. Their importance suddenly seems absurd—and I’m saying this as someone who has actually watched almost every Real Housewives show there is (and yes, I’m admitting it). Amazingly, the quality of what we’re watching has improved. Okay, so we’re still occasionally watching junky shows (and enjoying them), but last weekend I watched a documentary about robotics, which made me think about morality, philosophy, and the meaning of existence. I felt pretty smart.

We’re no longer slaves to our screens. My husband and I plan romantic dinners together, dining at the table instead of in front of the TV (if you haven’t read this article by Tomato Envy, please do—it’s a revelation). We don’t watch TV in the bedroom (hubba hubba) and that money we were spending on cable now goes toward fun activities for the weekends. And we talk so much more now. Life is just way, way more fun when you’re actually living it, rather than vicariously having experiences through other people’s fake lives on TV.

Getting More Time and Freedom

In short, cutting the cord doesn’t mean you’ll never watch TV again or that you have to miss your favorite shows. It just means that you’re no longer a slave- to the cable company or to that screen in your living room.

What about you? Are you thinking about cutting the cord? What’s stopping you from becoming a cord cutter?

Want to create more time in your life? Read Stephen Hawking’s article on how to build a time machine. (Or, you can work directly with me for 90 days and learn how to do it without technical, science-y know-how.)