How Do You Feel About This Piece of Often-Given Personal Growth Advice?

How Do You Feel About This Piece of Often-Given Personal Growth Advice?

Personal growth advice often seems profound and useful…unless you dig deep, beneath the surface, to discover the truth and the consequences of taking that advice. 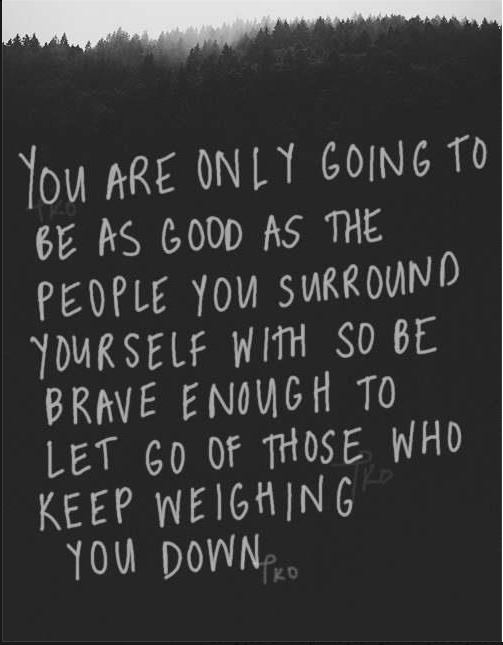 Or maybe friendship means something more than this?

Thus read one of those pretty little pictures you see popping up on Facebook and Pinterest, the ones that are meant to inspire or entertain, but more importantly, to be shared.

It’s a commonly-offered piece of personal growth advice from coaches and others in the personal development movement. Whether it’s in this form or the more well-known Brian Tracy-esque version, “You become the average of the five people you spend the most time with,” the message is the same: increase the “awesomeness quotient” of the people you hang out with and you’ll become more awesome—by osmosis, by influence, by proxy.

Why Do I Rebel Against This Bit of Personal Growth Advice?

This advice often comes a missive, whether implied or stated bluntly. The message is, in essence, “Dump your less successful and less ambitious friends and spend more time with super-successful people.”

So why do I rebel against this advice? It strikes me as cold. Friendship is about more than just how others serve you. It’s also about how you serve others. And I’ve never felt that my friends who are less successful or less ambitious than me are somehow less deserving of my friendship.

Success comes in many forms. Some of my friends couldn’t be less interested in financial or material gain or power (a commonly-held definition of success, I suppose). To them, acting for the betterment of the world, to create peace or to improve conditions for people in desperate need is a higher purpose, a much more meaningful type of success. Some of my other friends find their success in parenting and developing their children into people of high character. And some of my friends are content to live life along the prescribed path, happy and comfortable exactly where they are. To them, that’s success.

I guess I’ve just never liked the notion that, in order to become more successful, I had to discard those who are awesome sans ambition, in order to spend time with people who were as or more successful than I am so that I could somehow be more. I’ve met lots of super-successful people, and while it’s true that many of them are really nice, let’s be real here…some of them, not so much.

Who Weighs You Down?

The question is, who “weighs you down?” There’s certainly nothing about my “less successful” friends that weighs me down. In fact, each of my friends, in his or her own, unique way, lift me up and inspire me to be more than most of the “successful” people in my own industry have motivated me.

I have to admit, I’ve never really attracted friends who tend toward draining my emotions, my energy, or my time. I don’t know if it’s because I’ve never had the time or interest to sit on endless phone calls listening to someone’s self-inflicted woes, or if I’ve sent out some kind of “not interested in toxicity” vibe that sends those folks in another direction.

If you are someone who has attracted time-and-energy-sucking people, though, it might be useful to spend a little time introspecting about why you’ve left that door open. Spend a little time looking at your life and ask yourself what dysfunction in your own life attracts others who live in dysfunction. That’s usually where the answer lies. If you have friends in your life who weigh you down in this particular way, it’s likely because you’ve left a door or a window open for them to do so.

But don’t discard a friend in need, simply because she or he is having a rough time. Friendship is about being there when someone needs you as much as it is about having fun and lifting each other up. And sometimes a bad time can last a year or two—what kind of friend abandons another friend when that happens? 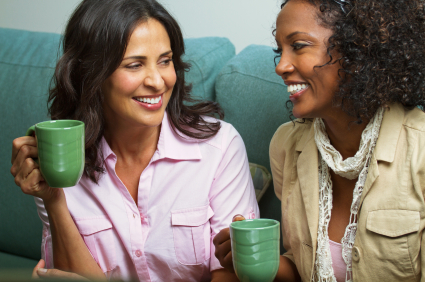 These women are friends. Or are they? You can’t tell. There might be hidden agendas or secret resentments. I think that lady in the pink shirt is contemplating throwing her coffee on her more successful friend. I’m pretty sure.

When Does It Make Sense to Follow This Particular Advice?

Friends who suck the life or energy out of you or take up too much time without considering your needs and priorities are typically the ones you have to evaluate. But I personally don’t believe in letting go of people too easily.

Certainly, I have distanced myself from or let go of a few friends over the years. These friends tended to be those who were specifically hurtful, toxic, or who flat-out allowed their envy of my success to transform itself into thinly-veiled criticisms and put-downs. That’s when I think it makes sense to follow this advice.

If you’re friends with someone who hurts you, you don’t need that person in your life. If you’re not sure what to do, make a pros and cons list or just do a quick calculation—how much time do you spend with this person where you feel happy and are enjoying the interaction, and how much time do you feel weighted down and kind of miserable? How long has this been going on, and is it a sign of the person’s character or simply a rough time that they ‘re going through? I do encourage you to keep the friendships that are salvageable with a frank, honest conversation (see below) and discard those that are truly hurtful and toxic.

There are others in your life who may not specifically support your goals or may not know how to encourage you. Does that mean you get rid of them entirely? Not necessarily.

I have a few friends whose entrepreneurial dreams will elude them for far longer than necessary, either because they haven’t yet mastered the art of time management, aren’t prepared to put in serious and consistent effort on their businesses, or because they have some “brain junk” they still need to conquer. These friends still wonder why they aren’t achieving any measure of success, and often ask for my advice. However, I can only have the same conversations a few times before I have to distance myself, at least professionally.

Distancing myself never means that I’m not there for those friends. I’m not casting them out for all time, but rather protecting myself. Sometimes it simply becomes too painful to watch someone bang their head against a wall, after awhile. In these cases, I have a simple, straightforward conversation and explain that my schedule has gotten extremely busy and it honestly wouldn’t be fair to my paying clients for me to continue advising them for free.

As a result, either the friend wants to become a client, in which case I get to push her a little harder than I could in our personal relationship, and I can help her overcome her stumbling blocks, or she stops asking for business advice and returns to more personal topics when we interact.

If you’re friends with someone who discourages you when you need encouragement, but their discouragement comes from a place of wanting to protect you and keep you save because they care, it may require some strategic sharing, rather than just discarding the friendship.

For example, when I decided I wanted to break a world record, I didn’t tell all of my friends. In fact, I told only a select few—maybe three people knew about it before I started marketing the event. I knew several of my friends wouldn’t understand what I was doing and that their reactions could be a little distracting for me, so I just didn’t tell them until either the event was looming or even over. Instead, I learned the art of strategic sharing.

Strategic sharing is when you don’t talk about certain goals with certain people until you know the timing is really right. If a friend won’t understand a really audacious goal, or is likely to laugh or think you’ve gone off the deep end, then it’s better to wait until the goal is almost achieved or fully realized before you share. Instead of defending your idea or goal, instead of explaining why you think some hare-brained scheme is a good idea and will totally work, you can celebrate the accomplishment when it’s complete. 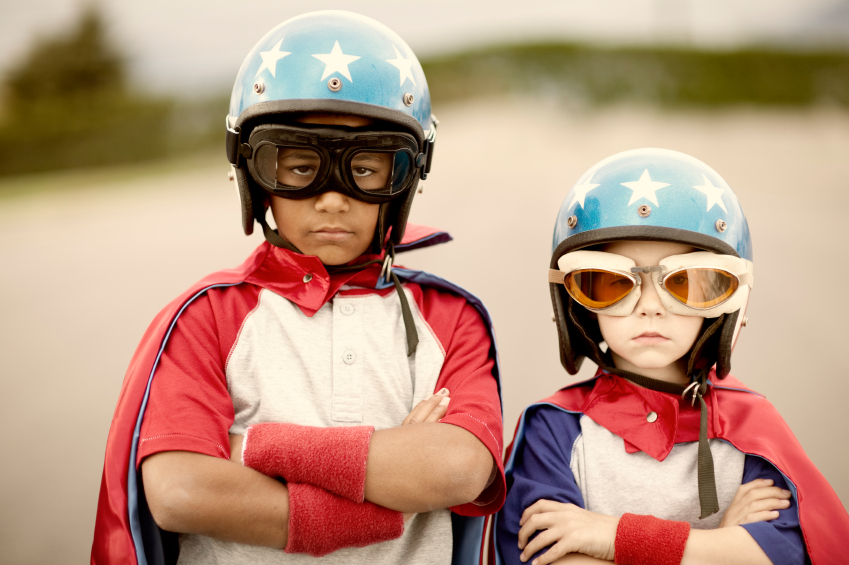 Sometimes all it takes is a little education to turn your average friend into a superhero or a champion.

Sometimes friends just don’t know how you want or need to be encouraged and supported. Maybe they didn’t grow up in families where support and encouragement were properly used. Or maybe they’re just worried about you.

I’ve had many friends along the way who simply didn’t understand the work I do, which can at times, be a challenge to explain to the uninitiated. There are those who worried about me in the lean years, when they thought I should just give up my business and my dreams and get a “real job” (and yes, those very souls are eating crow with a delightful sauce of “told ya so” these days, LOL).

With those friends, I learned how to educate them regarding what I needed. Again, simple, straightforward communication is usually best. Telling a friend what I need from her is usually the best way to get the kind of help and support that I need. It’s usually that simple. And if I don’t get the results I need, then that friend goes into the “strategic sharing” category.

What has always bothered me about the notion of “letting go” of friends is the idea that friends are expendable—that there’s no real reason that they’re in your life in the first place, other than to serve you and your needs and your interests. It strikes me as…well, as my husband put it, when I shared this piece of personal growth advice with him, “It’s just a very cold view of friendship.”

I’m curious…what do you think about this notion? What kind of friendships have you discarded over the years? Have you ever let go of a friendship you wish you hadn’t?