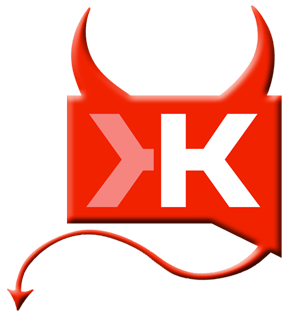 Klout, You Are An Evil Social Media Mistress. 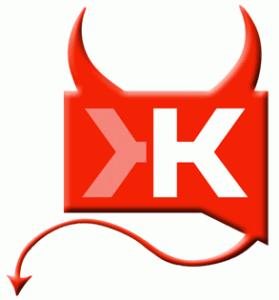 For a long time, every morning, I would look at my Klout rating and see that it was either up or down, but I couldn’t see any rhyme or reason to why. And that bugged me. I don’t like when I can’t see the logic.

Some days, I contribute mightily to social media. I’m in and out of Twitter, Facebook, and Google+ all day long, spouting off brilliant, pithy comments, engaging in extended dialogue with big names with big followings, retweeting valuable content.

And some days, I actually, you know, work, so I pop into social media for a quick “hello” and retweet some cool stuff my peeps posted, then jump into whatever work awaits until the end of the day when I pop back in for a quick share of whatever cool stuff I created or found.

My Klout score seemed like it wouldn’t go up that much when I spend all day in social media. It didn’t seem to go down much when I’m gone. In fact, when I spent two weeks in South America and tweeted maybe four times total while I was gone, my Klout score barely moved. I think I lost ¾ of a point.

Now…on the other hand, I once live-tweeted a three-day event. My Klout score skyrocketed that weekend. But when I live-tweeted a one-hour presentation, not so much as a budge.

Maybe Klout Isn’t Real After All

My inability to see rhyme and reason in Klout’s movements had me wondering if Klout wanted me tweeting all day, every day, in order to boost my score, or if Klout was just an evil mistress, taunting and teasing me with a completely bogus score. I wondered if maybe there was a little hamster running on a wheel in the basement of Klout Central, and my score was based on how many rotations that little guy got each night.

Or, Maybe There Really Is A Difference

But then I realized that there actually was a little reason to the difference between my activity during the event and what I tweeted during the presentation. The difference was that, during the presentation, I just live tweeted. There were very few others who were live tweeting that event, so there wasn’t much engagement. But at the three-day event, a couple of other people were tweeting, too, and we ended up in a dialogue about the event, the speakers, what we were learning, etc. and we even became friends because of it (Hi, Dafna and Michael!)

So, in essence, the difference was that, during that event, I was, you know, using social media in exactly, precisely, definitively the way it was intended to be used.

You see, like others who are “in the know” in social media, I’ve always maintained that social media is nothing without “The Conversation.” It’s simply not meant to be a broadcast medium. Meaning, if all you’re doing in social media is posting your own links again and again and not having actual conversations with other people, then you are missing the point. Massively. Also, your marketing is severely outdated.

The entire purpose of social media is to engage, engage, engage. That means, you know, you have to *talk* to people. So that explains why my Klout scores increased when I was live tweeting the event, because I was engaging and sharing. But during that presentation, I was posting far more than engaging, hence my Klout score’s only minor movement. 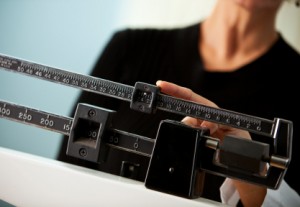 Klout, this is how I see you now. Sorry.

I don’t look at Klout much anymore. I find metrics overall to be a little addictive, much like when I’m dieting and can’t help but weigh myself every single day, which proves to be equally frustrating.

But the truth is, social media is just like losing weight. It’s not rocket science. With losing weight, there are certain principles that make good sense: eat less, move more, keep track of your activities. And there are social media principles that also make good sense: retweet only the best, dialogue, engage, and contribute more, and keep track of your activities.

It’s not rocket science. Do what you already know you’re supposed to do and the results will follow.

And maybe, just maybe, checking Klout is the same as stepping on the scales: it’s better to check it just once a week.